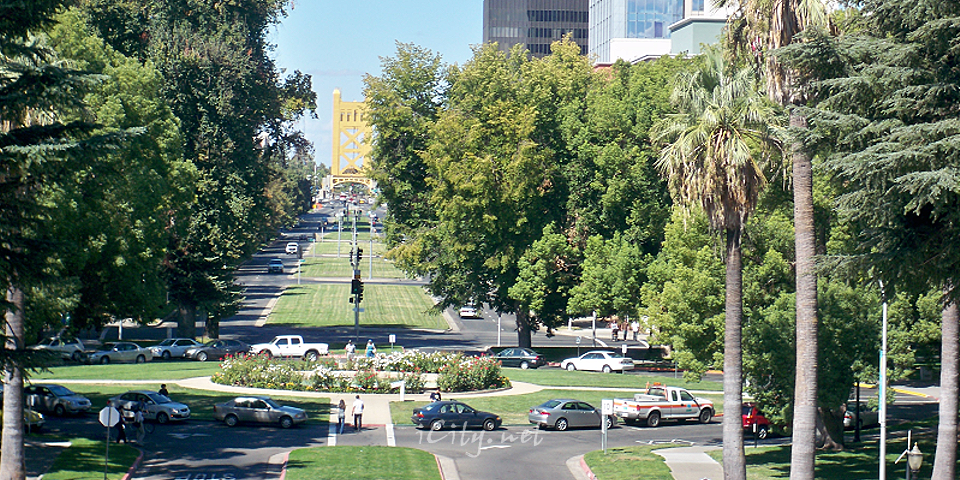 Sacramento is not only the capital of the largest state in the Union, it is also a unique historical and cultural center. Sacramento’s history rested on a few pioneers and Indians for until gold was found nearby in the 1840’s. Within weeks, Sacramento and the entire area became the busiest and most bustling part of the entire nation as thousands came west to strike it rich in the great Gold Rush.

Sacramento has done a great deal to preserve the relics of that time.
This city has a pioneer feel, particularly in some of the museums and in its capitol building. Of special note, the old Sutter’s Mill and Fort have been preserved and rebuilt. It’s a fascinating place to visit, full of history and excitement of the Gold Rush years. Other museums and attractions allow visitors to participate in the Gold Rush culture, panning for gold in the river or seeing how the early forty-niners lived.

Children’s attractions abound in Sacramento, making it a wonderful destination for families. The Discovery Museum is a hands-on replica of Sacramento as it was in 1854. The state Indian Museum has a great deal to teach children about Sacramento’s earliest residents. Of course, children love the old Gold Rush exhibits and the stories they have to tell.

Sacramento is the capital of a state with 33 million residents, but it has retained an independent air. From Indian land to Gold Rush to the present, Sacramento has seen a wealth of changes, yet it has remained a beautiful destination celebrated for its wonderful scenery and blooming flowers. Sacramento is often overlooked during visits to California, but surely it would be a mistake to miss visiting such a historic and friendly city.